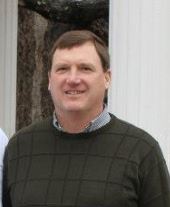 Ronald graduated from South Stokes High School in 1973 and then graduated from UNC Pharmacy School in 1978 with a Bachelors of Science in Pharmacy. He returned to Walnut Cove in 1980 to serve the Walnut Cove community, at which point he became owner of Family Pharmacy in 1989. Ronald has been married to his wife of 33 years, Ann. Ronald and Ann have three children; Annette, Celeste, and Nicholas.

Nicholas graduated from South Stokes High School in 2008 and then graduated from UNC Eshelman School of Pharmacy in 2014 with a Doctor of Pharmacy Degree with Highest Distinction. While at UNC Eshelman School of Pharmacy, Nicholas was a member of the Rho Chi Honor Society and was awarded the Jacob's Medicinal Chemistry Award which is given to the graduating student that excels in medicinal chemistry coursework and research. Nicholas has worked with Family Pharmacy of Walnut Cove since graduating in May of 2014. He is married to Brittany Sides Watts of Harrisburg, NC.